After collaborating with the owner who had initially planned an extensive renovation of their existing Hospital, The Design Group designed a replacement Hospital for the existing Miners’ Colfax Medical Center in Raton, New Mexico. This is a state funded hospital for the town of Raton and the Miners of New Mexico.

The Hospital has massing that is fragmented to have each major Hospital department legible from the exterior. In addition, color was used as a wayfinding tool both on the interior and exterior to indicate each major Hospital department. Patient rooms were oriented to take advantage of the adjacent mountain views. The project has interior courtyards near the dining area and the family waiting areas. The courtyards bring natural light into the main corridors and allow for families to enjoy the outdoors while waiting or dining. 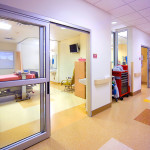 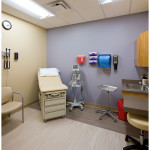 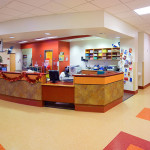 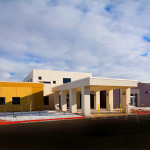 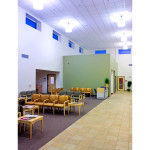 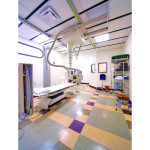 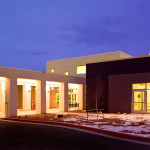